Top most searched travel destinations in 2022

After two years of the pandemic, 2022 is considered the tourism industry's "revival year." This is an opportunity for tourists to return to familiar destinations.

According to Google data, let's look at the top 10 most searched travel destinations in 2022 with Travelner!

England's capital is home to history, royalty, and world-class museums. It was also the most searched travel destination in 2022, according to Google. Millions of tourists visit London each year to ride the city's cherry red double-decker buses and see famous landmarks like Big Ben, Buckingham Palace, the British Museum, and Tower Bridge.

According to Google, the world's "City of Love'' ranks third on the list of most searched travel destinations in 2022. Tourists in Paris frequently visit the Eiffel Tower, the Louvre Museum, and the Sacré-Coeur Basilica.

Amsterdam, the Netherlands, is a popular and sometimes crowded city known for its biking infrastructure and canals. In fact, in 2022, this location was the fifth most searched travel destination. According to Forbes, it is also one of the most visited capital cities in Europe.

The capital of Portugal, Lisbon, caters to millions of tourists every year. Visitors come to explore the famous São Jorge Castle, admire the city's pastel buildings, and travel to the sunny beaches on the outskirts of Portugal.

The Mediterranean city of Spain is notable for its beaches, art, sports, food, and crowds. 20 million people visit Barcelona, and the city's top attractions attract millions of visitors each year.

Istanbul has a timeless allure that stems from its rich history. Tourists will find reminders of Istanbul's history all over the city. Visitors can visit the Sultanahmet district, where evidence of the country's Roman past can be seen in structures such as an open-air Hippodrome.

According to Google, the capital city of Bali, Indonesia, was the ninth most searched travel destination last year. Most visitors arrive in Denpasar, Bali, for yoga retreats, tropical villa vacations, or surfing trips throughout greater Bali.

Finally, Rome sparked plenty of searches last year. The city is famous for its cuisine and history, as well as its crowds.

Above are the top 10 most searched travel destinations in 2022. Hope Travelner has brought you useful information. Find more about flight tickets, accommodations, and travel insurance on the Travelner website or app to make your next trip easier.

With Travelner - Travel smarter and easier!

Christmas is one of the most anticipated holidays of the year. Numerous exciting activities are held around this time, with a lively and bustling atmosphere. The same meaning, but each country's Christmas festivals bring their own colors and highlights. Let's explore the best places to visit for Christmas season with Travelner and immerse ourselves in the wave of festivals that will hit the end of the year.

Costa Rica is a Central American country that is known for its biodiverse wildlife, coffee, and several world-class resorts in the world. Costa Rica owns the most visited destinations worldwide so whether you are looking for adventure, family-friendly activities, or immersing yourself in several waves on stunning beaches, Costa Rica will not disappoint you. Let’s overlook the following useful information to discover the best surfing beaches in Costa Rica. 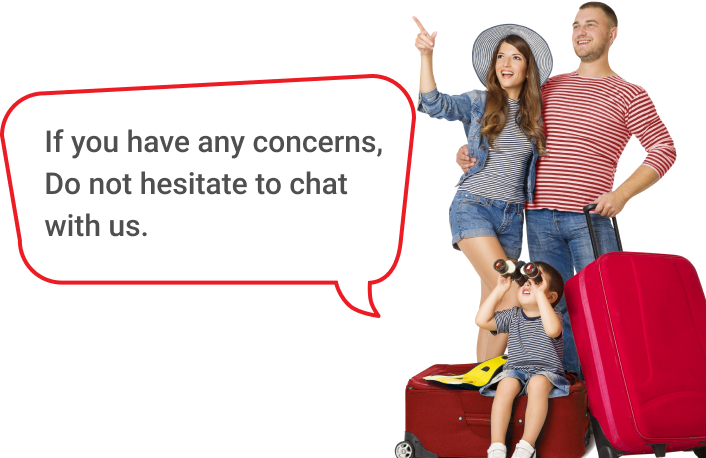